Charges Authorized In Theft Of More Than 30,000 Pills From Local Hospital 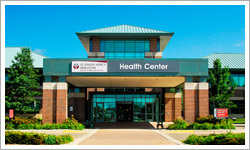 The theft of more than 30,000 prescription pills from a local hospital has led to charges against a Howell-area pharmacist.

Livingston County Sheriff Mike Murphy confirms that a warrant was issued for embezzlement of $100,000 or more against Kelly Leann Hodge, who is accused of stealing prescription medications from St. Joseph Mercy Brighton hospital. Murphy says the theft was noticed after hospital officials conducted an inventory which indicated that approximately 12,000 pills had been taken over a five-month period. The hospital then contacted the Sheriff’s Office and a follow-up audit found almost 32,000 doses of prescription medication were missing during an 18-month period that began in November of 2015. It’s estimated that the value of the missing medication was about $107,000.

According to the Michigan Department of Licensing and Regulatory Affairs, Hodge's pharmacy technician license was issued in October of 2015 and expires in June of 2018. Murphy says Hodge made a statement to investigators. But he declined to comment on what she said, as the investigation is ongoing. Meanwhile, Bobby Maldonado, Senior Public Relations and Media Specialist for the Saint Joseph Mercy Health System, said that they, "identified prescription drug discrepancies within the pharmacy of the St. Joseph Mercy Brighton location. St. Joe's immediately began an internal investigation into the matter and reported the results of its findings to authorities. Saint Joseph Mercy Health System will continue to cooperate with investigators. St. Joe's takes the theft or loss of prescription drugs very seriously. We continuously review policies and procedures to meet and exceed regulatory requirements. As this case is an ongoing legal matter, we are unable to make any additional statements at this time." (JK)