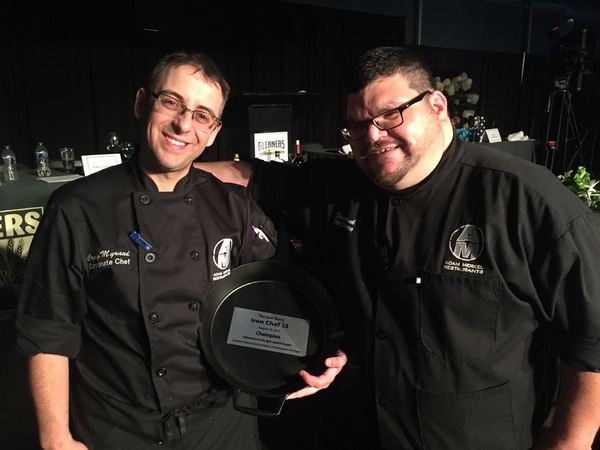 Each chef was surprised with a secret ingredient they had to incorporate into a three course meal, this year’s ingredient being ginger. Chef Myrand walked away as 2017’s Iron Chef, with a winning dish in the appetizer and entrée category. Chef Myrand's meal included a classic crudo, using pickled ginger, and a roasted sirloin with a ginger beef stock.

Chef Bane had the winning dessert in the competition, which was a pound cake French toast with apple raspberry ginger compote, whipped cream, almonds and a ginger glaze. Win or lose, he says he enjoyed doing what he loves for a good cause.

Judges say choosing a winner from the two meals was tough, but ultimately enjoyed Myrand’s hidden and unexpected flavors. WHMI’s own Renee Chodkowski, the Great Foodini, was a guest judge at the event and says the "flavor explosion" she experience with Myrand's meal was what swayed her vote.

In a drink mixology competition, the secret ingredient was honey, and last year’s champion, Toni Pomranky of Bourbon Smoke in Brighton, came away as the winner once again.