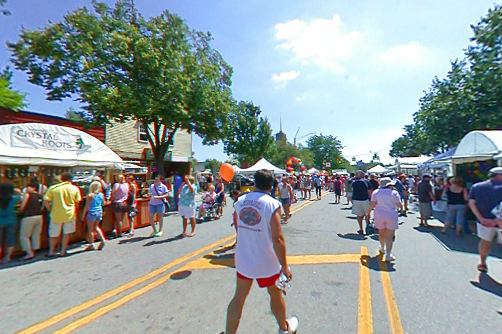 The Milford Memories Summer Festival officially gets underway in the Village today.

The festival is put on by The Huron Valley Chamber of Commerce and its volunteer committee. An art show, vendors, food and various activities are planned all weekend. Among the attractions is a kids fishing tournament, sand volleyball, a blind canoe race and Tailgate Olympics. The Official Milford Memories Beer Tent is located in the heart of the festival in Central Park, featuring entertainment all weekend long.

The first festival was held in August of 1992 and revolved around a musical production entitled “Milford Memories” that told the story of Milford’s founding fathers. The festival has grown significantly since then and to accommodate all of the festivities, there will be some road closures to be aware of. Main Street will be closed between Huron and Summit Streets. It shut down Thursday afternoon and will remain closed until early Monday morning of Monday. Detours will be posted.

Complete festival information can be found online through the link provided. (JM)