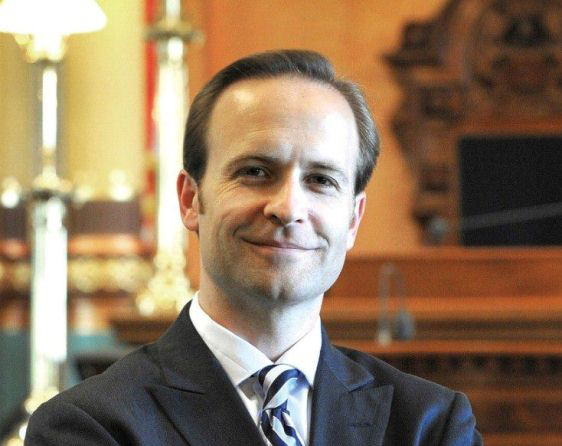 Brian Calley rolled out the plan earlier this year in what many see as a prelude to a gubernatorial run in 2018, although he denies that was its motivation. Calley tells WHMI that bringing lawmakers to Lansing for just 90 days a year instead of several sessions that place year-round will help put Michigan in the mainstream with the rest of the country. Michigan is currently one of only 9 states that keeps their lawmakers on a full-time schedule, which he says results in having the 4th highest paid legislature

Calley says a 90-day session would require legislators to prioritize the most important type of work with there being a deadline for getting things done. He said that if it feels like it takes forever for anything to get to done, it is because of the way they do it, year-round, and with no real deadlines. Calley also believes this will allow more people to serve, as they don’t have to abandon their jobs in the real world for years at a time, and then start over once out of office. People won’t have to walk away from their careers to serve.

Under the plan, legislator’s pay would be set to a number equaling the average school teacher salary, and then prorated to a 90 day schedule. Today, that number would stand at around $31,000 for 3 months of session. Currently, legislators earn $71,685.

The plan is not without its detractors. Senate Majority Leader Arlon Meekhof believes it will be a "disaster" and result in less experienced leadership. State Senator Wayne Schmidt, R-Traverse City, worries that it will give too much power to lobbyists and the executive branch. Calley said that it wouldn’t change the checks and balance system of government, noting that the judicial branch would still be in Lansing all year. The governor would also retain the right to call legislators back for emergency session, if needed. A Denno Research survey shows that 78% of political pundits believe voters would approve the part-time plan if they could vote on it, but 67% believe it won’t get to the ballot. Calley said they are seeing opposition mainly from lobbyists and the "cottage industries" that are supported by year-round legislation. The campaign for the plan also found controversy when it was discovered they had used the services of Signature Masters, a company that specializes in petition drives. The firm’s leader, Shawn Wilmoth, was convicted for petition fraud in Virginia in 2011. Calley said that it is his understanding that Signature Masters no longer works for the Clean Michigan initiative.

State Representative Larry Inman, R-Williamsburg, also doesn’t like the plan and believes this is just Calley posturing for a run at the governor’s office next year. Calley counters that he helped form this plan back in 2009 when he himself was a legislator. He continued by saying that he has made no decision on running for governor yet.

A link to Calley’s plan and the petition can be found below. (MK/JK)