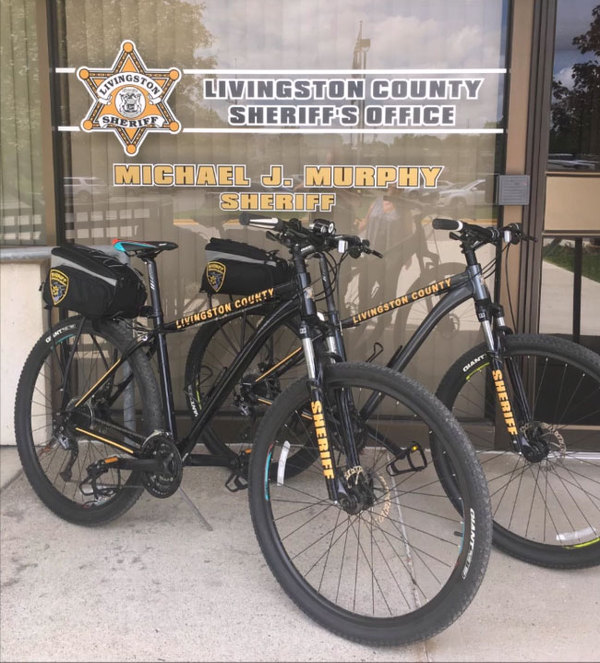 The Livingston County Sheriff’s Office has two new tools to assist in community policing and other efforts.

Two bicycles were outfitted and recently donated to the Sheriff’s Office through Livingston County Commissioner Gary Childs and South Lyon Cycle. Sheriff Mike Murphy says it might sound a little odd for a sheriff’s office to have bicycles because they have so much area to cover but the donation will be beneficial in a number of different scenarios. He says they’ll prove very valuable in hard to reach areas but also make deputies more accessible to the public when in subdivisions.

One bicycle will be used on the Lakeland Trail in Putnam Township, where the Sheriff’s Office has a contract. Murphy says the deputy assigned to work that area expressed interest in having the ability to get on the trail without his patrol car, as the trial is non-motorized vehicles only. He noted the general patrol bicycle will not be used all the time but s manpower permits or if there’s an area where they want to have a little more contact with the public.

Murphy says one sergeant recently rode 18 miles on one of the bicycles, including a loop around Lake Chemung and some other subdivisions, and the feedback has been very positive. (JM)