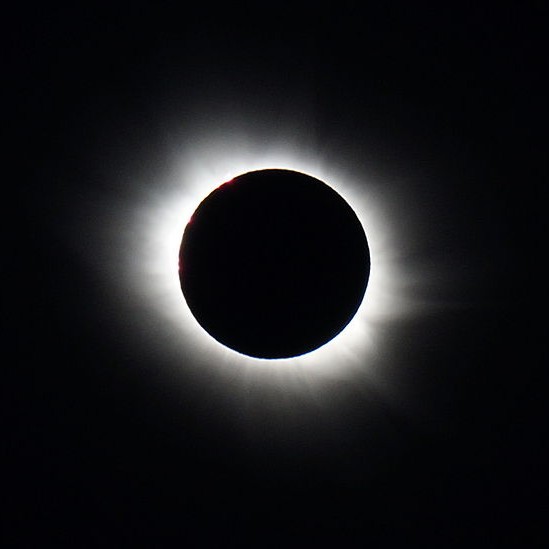 A viewing party for the upcoming solar eclipse of the sun is being help at a local library.

The Hartland Cromaine District Library is holding an Eclipse Party on the afternoon of the event which falls on Monday, August 21st. Beginning at 2pm, patrons are invited to join together on the south lawn of the library and view this special celestial event with a free pair of special eclipse glasses. There will be displays and discussions about the eclipse and more to better help attendees explore the universe even after the sun comes back fully out.

Head of Adult Services for the library, Glenn Fischer, said it’s important that people use the special glasses or another device, like a pinhole camera, to view the eclipse. Sunglasses, or trying to look at it directly, can be severely harmful to your eyes and could cause blindness. Fischer said that if people can’t make the party, the library still wants to help them protect their eyes. He said if you are not attending or are out of town, patrons are welcome to come by the library's reference desk and ask for a pair of the glasses.

According to NASA, this is the first time a total eclipse will be seen in the contiguous United States since 1979. It will first appear in Oregon at 12:05 eastern daylight time, and travel east across the central United States, ending in South Carolina at 2:48pm. Locally it will be seen as a partial eclipse, with the moon’s disc shielding roughly 80% of the sun. The eclipse will peak in Hartland around 2:20pm. (MK)