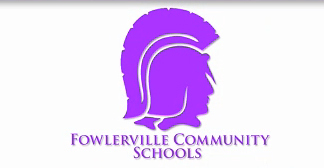 Teachers at Fowlerville Community Schools are frustrated as the start of the school years draws near and they are still without a contract.

Teacher contracts for the upcoming year are typically negotiated early in the summer and of course before the school year starts. But that’s not the case for the Fowlerville Community School district’s teachers as of Tuesday.

At the district’s board of education meeting, 8th grade teacher Michelle Spisz spoke on behalf of the Fowlerville Education Association as the Vice President. As an educator who has been with the district for over a decade, she says she has seen the board make many financial decisions with ease, and it makes her wonder why there is so much question when it comes to paying the district’s teachers. Spisz says as this is her 11th year with the district, she expected it would be financially rewarding. Instead, she says her family is under a lot of stress.

Frustrations were further felt as the board’s agenda included approving the hiring of two new teachers and a counselor. Spisz says the district’s teachers need to be rewarded for their experience and loyalty, and are frustrated they are rewarding incoming employees with experience. Though she spoke on behalf of the FEA and was the only teacher to speak during the meeting’s call to the public, it appeared many shared Spisz's thoughts as applause followed her presentation.

The board entered into a closed session for the purpose of negotiations at the end of their meeting; however Superintendent Wayne Roedel declined to comment on its outcome. The Board of Education’s next meeting is set for August 22nd. (DK)