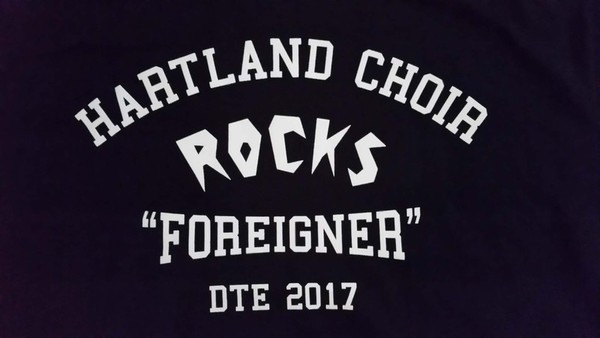 Students in the Hartland High School choir have the opportunity of a lifetime this weekend.

25 choir students will perform as part of Foreigner’s 40th Anniversary Tour at DTE Energy Music Theatre on Friday at 7pm. Hartland High School Choir Director Kathi Letovsky says it’s an awesome opportunity for the kids, who are beside themselves. She says the tough part was only choosing 25 kids, but they figured it out. Letovsky tells WHMI the choir will perform on stage with the band for "I wanna know what love is" and will all wear matching t-shirts that read “Hartland Rocks Foreigner DTE 2017”.

They’ll perform the second to last song of the night so Letovsky says it will be a long night but everyone is really excited. Letovsky says it’s around verse three of the song when they’ll walk out behind the band and start singing backup. She says they’ve already held some practices and coached the kids on what to expect, reminding them not to freeze up on stage and try to interact with Foreigner. She added it will be a pretty cool send off for some of the students performing, as a few just graduated and will be headed off to college the next day.

Foreigner is celebrating its 40th Anniversary Tour alongside Rock & Roll Hall of Famers Cheap Trick, who is also celebrating 40 years since the release of their self-titled debut album. Special guest Jason Bonham will perform the music of Led Zeppelin. (JM)