Community Gets Into Character For LibCon 2017 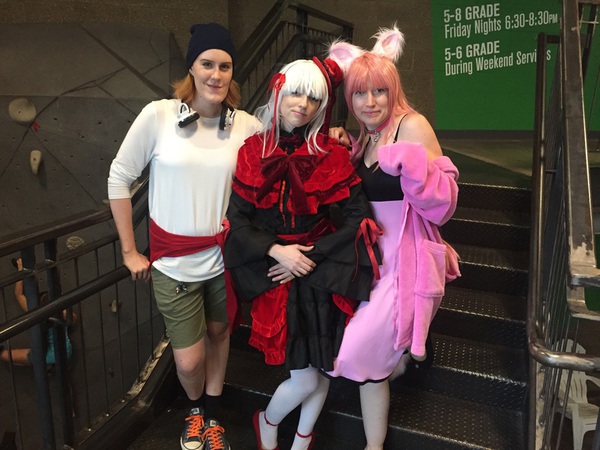 LibCon 2017drew fictional characters from a variety of universes together at the 2/42 Community Church as a way to celebrate different literary cultures and encourage reading. Crafts, games and a cosplay contest were incorporated into the event with themes from Star Wars, Harry Potter, Pokemon and more.

Among the evening’s activities was a display from the Ring of Steel Action Theater and Stunt group from Ann Arbor. The group trains and performs popular stunts and fight scenes, while also educating its audience about the history of acting and weapons they utilize. Group member Mariah Parkyn says the performances are fun for kids and informational.

LibCon is a collaborative event between the Brighton, Howell Carnegie, and Hartland Cromaine District Libraries. The first LibCon was held two years ago and the event took a break in 2016 while the 2/42 church was undergoing renovations. It came back this year bigger and better. More activities were added and expanded to include other franchises. Comic book authors, illustrators, and creators attended and gave presentations.

Janice Heilman, Youth services Librarian at the Howell Carnegie Library, says the mini comic-con strives to promote creativity and learning. Event organizers say they achieved their goal to reach as much of the community as possible. As it embraces each and every fandom, matching all levels of devotion, nothing is too nerdy for LibCon. (DK)