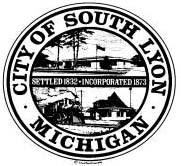 From zero to five, there is now plenty of interest in running for the mayor of South Lyon.

When the July 25th deadline had passed and no one had filed to run for the two-year position, the status of the office was up in the air as current Mayor John Galeas previously said he was not interested in running for re-election. Then within days two residents filed to run as write-in candidates in the November 7th election; 34-year-olds Dan Pelchat and Bill Powell, both 2001 graduates of South Lyon High School.

Now, South Lyon Clerk Lisa Deaton confirms that three others have also filed; 44-year-olds Michelle Berry and Bryan Capen and 24-year-old Ashley Enstad. Only Capen indicated a party preference, filing as a Democrat. City Council and Mayor are non-partisan offices in South Lyon. But there may still be others. The deadline to file as a write-in candidate isn’t until October 27th.

Whoever does win will serve as the titular head of South Lyon’s government, as City Manager Lynne Ladner runs the day-to-day operations. The mayor serves on the council along with six elected council members. (JK)