Restaurant Owner Arraigned For Alleged Assault; Past Employee Speaks Out 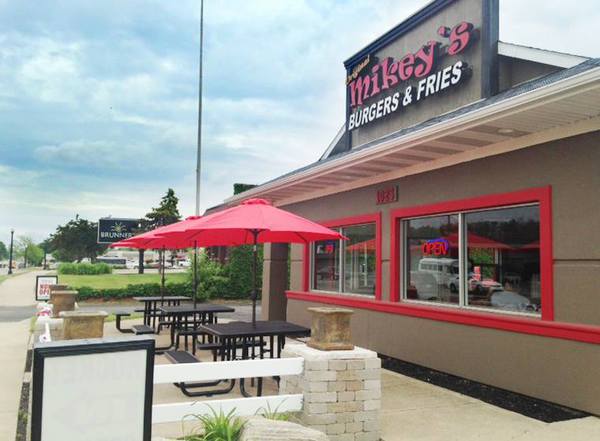 As a local businessman is arraigned in a case that alleges he choked an employee, others are coming forward with allegations of a hostile work environment.

42-year-old Mike Bouffard of Saline was arraigned Wednesday on one count of assault with intent to do great bodily harm less than murder for an incident on July 10th. Bouffard is the owner of The Original Mikey’s Burgers & Fries in Howell, which reopened this year. Bouffard is said to have gotten into an argument with an employee over his uniform and not following proper procedures, which apparently escalated in the parking lot. The 20-year-old victim who lives in the Howell area alleges Bouffard choked him. No hospitalization was required.

Bouffard was previously a partner at now-closed locations in Genoa Township, Brighton and Hartland. At that time, a number of former employees told WHMI they were owed back wages and endured harassment. Current employees have recently come forward alleging the same.

Nicole Faunden of Fowlerville described the work environment as hostile. She told WHMI Boyffard was in the hospital when they opened and everything was fine but things took a turn for the worse when he got out. Faunden and a manager quit on the same day, saying she had enough and was sick of crying everyday coming home. Faunden says Bouffard didn’t like her and she’s not particularly sure why, alleging he had to have things his way and told her she needed to show respect or he could fire her at any given time.

Faunden says things got worse after Bouffard found out she was dating a woman. She says he basically bullied her into quitting in late May and often talked inappropriately including name calling, made sexual references, had bursts of outrage and basically has no filter. She further alleged unsafe working conditions related to a grill table and says he wouldn’t hire people because they were “not pretty enough”. Faunden said she wasn’t surprised to hear about the alleged choking incident and Bouffard should not be allowed to employ people period, adding he has also withheld wages for some employees.

When contacted for comment, Bouffard referred WHMI to his attorney, who has yet to respond. Bouffard did post his own lengthy version of events on social media, which is attached. Bouffard says he was in the process of building the restaurant when he was diagnosed with pneumonia, which turned into a severe lung infection. He says he lost half his lung and was in a coma for two weeks. After rehab and 98 days in the hospital, Bouffard says he came back to the restaurant, which others had been helping run, and was working to get things back to the "Mikey’s standard." He maintains some employees were not too keen on following processes and procedures he was implementing in his business, saying the disrespect and resistance was “concerning at best”.

Bouffard will return to 53rd District Court on August 15th for a probable cause conference. (JM)