As Relay For Life Approaches, Cancer Caregiver Shares Her Story 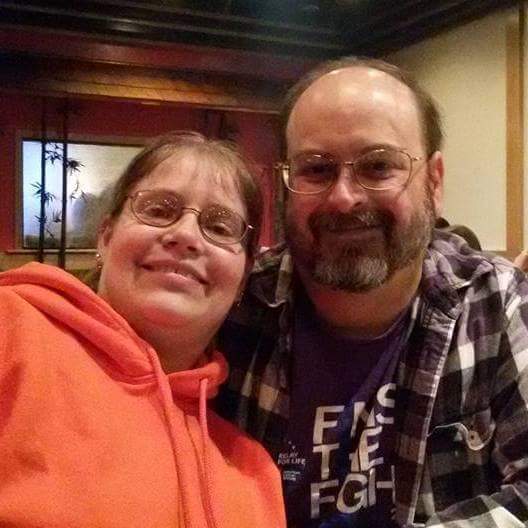 Those diagnosed with cancer can either choose to give up or fight. The same is true for cancer caregivers and officials say many often don’t get the celebration they deserve. WHMI is presenting the second part in a series highlighting the different stories of those impacted by cancer as Livingston County’s Relay for Life event approaches in August.

Michelle Rainbolt of Byron says her story began on May 6th of 2011 after receiving a call from her husband Tim’s work. He had suffered two seizures – one at work and one while being transported to the hospital. She says the afternoon her husband first had the seizures, he was about 15 minutes behind his usual time in coming home. Rainbolt says he rode his motorcycle to work that day and had he left on time, the seizure would have happened when he was riding home. She thinks “the good lord above had a hand in that” and was fortunate it happened at work, saying a co-worker caught him when he fell.

Doctors were initially stumped as MRI’s didn’t show much but it was soon discovered he had a tumor in the left side of his brain above the language center. Rainbolt says they decided against surgery because of the risks associated with the way it was growing. Tim underwent six weeks of radiation Monday through Friday and then two years of oral chemo. He still has the tumor but it’s not aggressive so it’s a wait and see situation, and her husband will have to get MRI’s throughout the rest of his life.

Tim has been a survivor for six years now and Rainbolt has been his cheerleader through it all. She has never missed an MRI and takes him to all appointments. There’s been no new growth but every time they go in for an MRI, Rainbolt says they basically prepare for the worst and are in constant monitoring stage. She tells WHMI cancer is one of those things you never think will happen to you and the worst part is not knowing. She says no matter what life throws at you, there are only two choices - give up or keep fighting. Rainbolt says she’s always been a fighter, not the “woe is me” type.

This will be Michelle and Tim’s fourth year taking part in Relay for Life. She says hearing other cancer survivor and caregiver stories through the event has really helped them realize they’re not alone. Rainbolt jokes Relay has grown on her little bit, considering she was a team captain but is now an event leadership team or ELT member and organizes both the survivor dinner and caregiver luncheon.

She says everyone’s help is needed to eradicate the cancer beast. That’s why the final segment in WHMI’s series Wednesday will focus on the Relay for Life event, cancer research and progress being made. (JM)