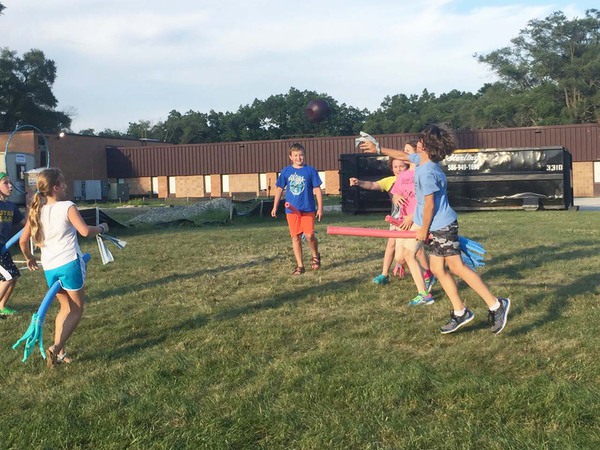 A local quidditch team is hoping to make Harry Potter proud by defending their title at an upcoming tournament.

Quidditch is a competitive sport dreamt up in the Harry Potter novels and movies. In the franchise’s world of magic, the game is played by players flying on brooms and attempting to score by throwing a ball into a hoop. The game was brought to life outside of the Wizarding World at a collegiate level and was altered so that instead of flying around on brooms, players run with a broom between their legs.

Last year, Hartland’s Cromaine Library began a quidditch team for children between the ages of 9 and 17, tailoring the game to a gentler style known as “kidditch” to better suit young players. The Hartland Hippogriffs’ had their second practice at the library Monday night and spent the time working on getting to know the game and positions. Tyler Bye coaches the team with Carolyn McCullough and both serve as captains. Bye says the sport is taught in phases and drills are utilized to perfect the players' skills. The Hippogriffs’ played a team based in Livonia last summer and won the tournament; a victory they’re hoping to repeat later this month.

Though the team is working hard to become magical masters of the sport, McCullough says it’s more than that. She feels it offers another option for those seeking a sport that suits them, while also teaching teamwork and basic sportsmanship skills. Most importantly, she says it brings a once-fictional game to life and those who believe in it together to celebrate a common love. (DK)