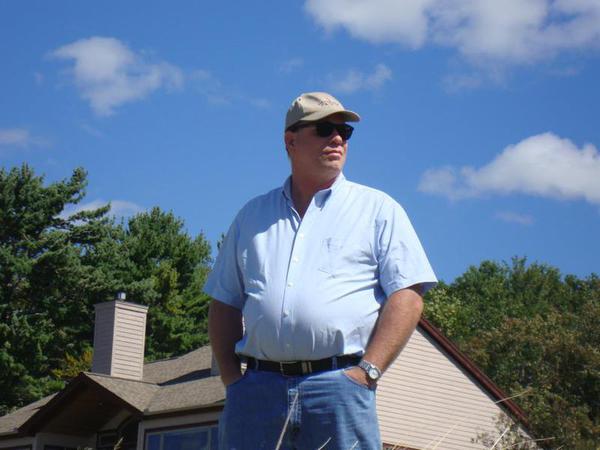 As the Livingston County Relay for Life event approaches in August, WHMI is sharing the personal stories of those touched by cancer and today marks the start of a three-part series.

For 60-year-old Rick Wischer, the news came out of the blue in July 2014. He went to the doctor after noticing blood in his urine and was soon diagnosed with bladder cancer. He did an infusion of a breast cancer drug because there was a national shortage of the immune therapy currently used for treatment. It worked for about 15 months until Wischer was diagnosed again. He ultimately had his bladder and prostate removed April 20th.

He is still somewhat recovering and tells WHMI it’s a new life now, but cancer free. Wischer wasn’t supposed to live through that surgery and was considered high risk because of blot clots. Wischer says fortunately he wound up with a hospital that utilizes all of the techniques and benefits from studies funded by events like Relay for Life and the Cancer Institute - tailoring treatment to the type of cancer and studies that have been done.

Wischer is a 1976 Brighton High School graduate and currently resides in Traverse City with his wife Teri. He is recently back to work as a building engineer and being a physical job; he’s pretty exhausted by the end of the day but is improving each week. Wischer says when people found out he had had cancer, they kind-of avoided him because they didn’t know what to say. He says the best thing anyone can do is listen and moving forward, he would like to volunteer to counsel newly diagnosed patients and cancer survivors to talk to when they need to but also help educate people about how to listen when a loved one, family member or friend is diagnosed with cancer.

Cancer affects everyone differently. Wischer says “you can only get so scared” and you get bored with being worried so you start to think positively. He feels that’s the battle cancer patients have and it’s also mind over matter because there’s really nothing physical you can do to fight. Eventually, he says you have to get over everything and leave it up to God and doctors.

As a survivor, Wischer encourages support for cancer research efforts out there but also support groups. He encourages the newly diagnosed and those still fighting to make allowances for loved ones and spouses - saying they might be going through it differently but are affected just as much. That’s why WHMI will feature a local caregiver in the second part of our series Tuesday. (JM)