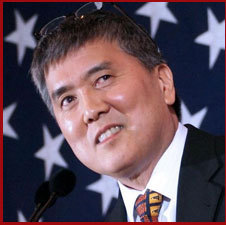 Hartland resident Wes Nakagiri (pictured) filed several complaints in connection with the May 2nd Sinking Fund proposal in the Hartland Consolidated School district, which passed by a 241 vote margin. Two of the complaints were against the district itself, one for not allowing him personal access to use their email server and website to disseminate his opposition viewpoint. The second was for a mass mailing by the district on the issue. A third complaint along similar lines against the Cromaine District Library was previously dismissed in May. Nakagiri claimed the school district violated state election law when its email system was used to distribute information on the Sinking Fund, but denied him equal access. Superintendent Chuck Hughes said at the time they believed they had provided appropriate information to constituents and a letter issued Thursday by the Michigan Bureau of Elections agrees.

The letter, which is posted below, says that the allegations by Nakagiri were reviewed carefully and it was determined that the information distributed did not contain express advocacy and was factual in nature. Because both of those standards were met, the bureau said equal access to Nakagiri was not warranted under the Michigan Campaign Finance Act and that the complaints were dismissed. In response to that, Hughes tells WHMI, "The Hartland Schools stated all along that we did nothing wrong. The state has reviewed the complaint by Mr. Nakagiri and verified that our efforts to do our duty to inform the public on the facts behind the Building and Site Sinking Fund was in no way illegal. I again want to thank our public for supporting the education of our children." (JK)