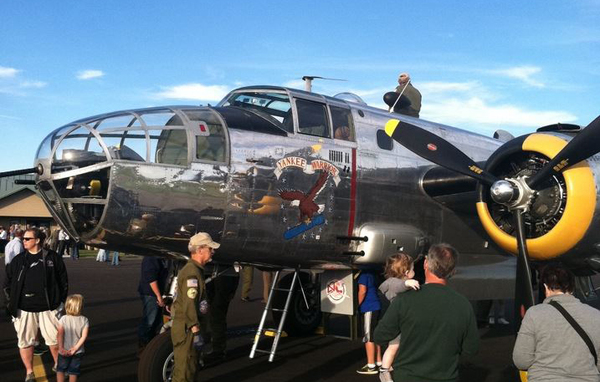 An upcoming event will allow the public to get a close-up look at historic aircraft in action.

The Yankee Air Museum in Ypsilanti is hosting a community event at its Willow Run Hangar on Saturday, August 5th, at 10am. Director of Outreach Services Dave Callanan says the hangar will be bustling with activity, as those in attendance will get to watch the flight operations of the museum’s historic aircraft and even purchase an Air Adventure ride on the bombers.

Several different planes will be taking off from the tarmac that day, including the museum’s B-25 medium Bomber, also known as the “Yankee Warrior”. This year, the Yankee Warrior has taken part in two 75th anniversary commemorations of the Doolittle Raid on Tokyo in April of 1942. Callanan says B-25 expert and historian Jerry Lester will attend the museum’s event to share stories of the commemorations and information about the aircraft.

There is no charge to watch the operations of what Callanan calls the “flying museums”, but there is a charge to ride in them and for tours of the museum afterward. Callanan says the proceeds are what keep the aircraft in flight and the museum running. You can find more information about the event and booking a ride at yankeeairmuseum.org. (DK)