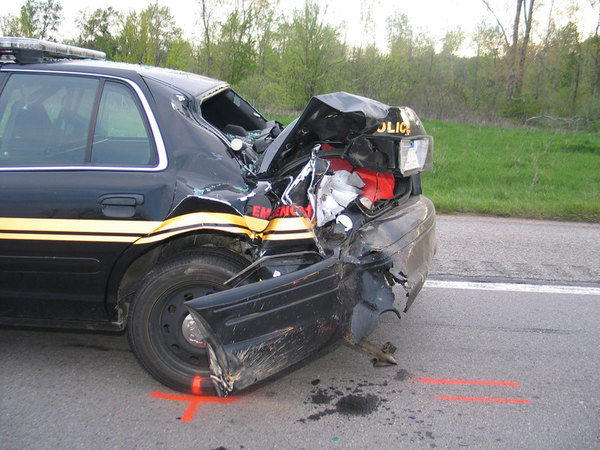 A lawsuit against a former Fowlerville Police officer connected to a fatal motorcycle accident is set to go to trial later this year.

Former Fowlerville Police Officer Frederick Miller is being sued by Mary Stamm on behalf of the estate of her son who died after his motorcycle crashed into Miller’s vehicle during a high speed chase. The incident began in the early morning hours of May 17th, 2011 on westbound I-96 when police say 20-year-old Carl Albert Stamm IV failed to pull over for speeding. Video recordings from patrol cars indicated he was traveling at approximately 126 mph when he crashed into the back of Miller’s patrol car. The U.S. Supreme Court in June declined to hear an appeal by Miller, which followed a ruling by the 6th U.S. Circuit Court of Appeals in Cincinnati in December of 2016 that determined there were disputes of material fact regarding whether Miller intended to block Stamm and whether Stamm’s conduct posed an immediate threat to others. It said because the evidence is such that a jury could return a verdict in Mrs. Stamm’s favor, the lawsuit against him could continue, denying his contention that he was immune from liability because he was acting in his role as a police officer. Court records show a settlement conference in the case is set for August 31st. If no settlement is reached, a trial is scheduled November 13th in U.S. District Court in Ann Arbor.