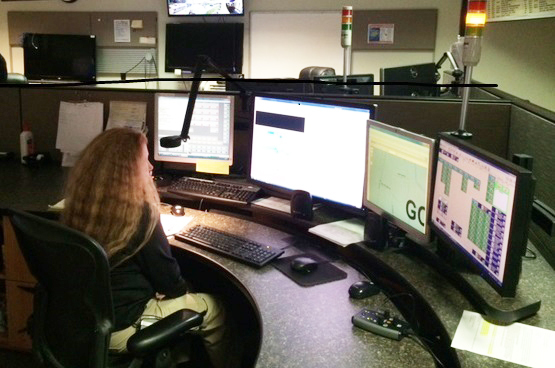 Livingston County Central Dispatch is in need of a new facility, according to 911 officials. Their current building was built in the late 70s, and Central Dispatch moved in in 1999. Officials say the building doesn’t allow Central Dispatch to operate in a productive or entirely safe manner, nor does it meet the best practices of the Department of Defense.

Central Dispatch Director Chad Chewning says several options were explored, but ultimately it was decided that the best option would be to construct a new, standalone facility on the property where the Central Dispatch building is currently located. That building would eventually be demolished and the space used for a public parking lot. The project cost of the new facility is roughly estimated at $5.1(m) million, which Chewning says would be paid for in cash from Central Dispatch’s fund balance.

It would be constructed to withstand extreme weather conditions, allowing dispatchers to remain on the main floor and continue to operate during those occurences. The building would also be better secured with wider perimeters to prevent outside individuals from getting too close to the facility. It would also be designed to leave room for building growth to match call volumes as they increase with the population. Chewning says the building would be expected to last for the next 30 to 40 years.

On Monday, the county’s Public Safety & Infrastructure and Development Committee gave Central Dispatch approval to begin the planning process for the facility. A resolution to do so must also be approved by the county’s finance committee and board of commissioners. Assuming it is approved, Chewning says the next step would be to finalize the project’s plans with an engineer and architectural company, then seek contractors or project managers to start the process in moving the building forward. (DK)