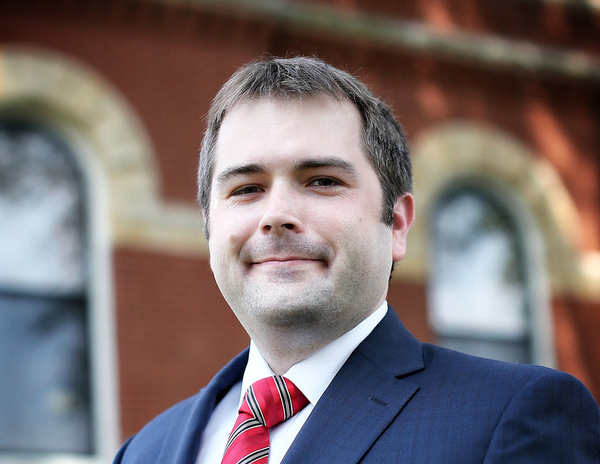 There are now candidates on both sides of the ballot running for a local State Senate seat next year.

Howell-area attorney and Iraq War veteran Adam Dreher announced today that he plans to run for the Democratic nomination for the 22nd State Senate seat. The seat is currently held by Republican Joe Hune of Iosco Township, but he is term-limited and cannot run again. Dreher said the “22nd District needs a leader in the State Senate that will take care of the needs facing…families; not just the issues facing the rich people who pay for the campaigns of Republican lawmakers.”

The 33-year-old is an assistant Ionia County prosecuting attorney who lives in Oceola Township. He served two tours in Iraq, where he served as a Cavalry Scout with the First Cavalry Division. Dreher said that experience taught him how to be a leader, adding that the strongest leaders he saw “were able to take the ideas from those around them, and put the best ones into action” and believes it’s that kind of leadership that is “desperately needed in Lansing.” Dreher, who grew up in Ypsilanti and graduated from Lincoln Consolidated Schools, returned to Ypsilanti after his honorable discharge in 2008 and used the G.I. Bill to earn his Bachelor’s degree from Eastern Michigan University and the graduate from the Michigan State University College of Law. He and his wife Rachel moved to Oceola Township in 2015 and have one son, Daxton, born in 2016.

Dreher is the first Democrat to announce for the 22nd State Senate nomination. He joins Republican State Representative Lana Theis of Brighton Township, who filed to run for the GOP nomination earlier this month. The 22nd district covers all of Livingston County and the western two-thirds of Washtenaw County. (JK)