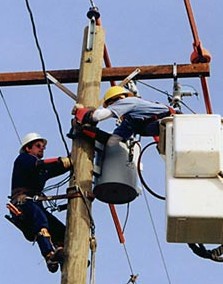 Power has been restored to about 2,300 homes in Livingston County’s Cohoctah Township, plus customers in a small portion of Shiawassee and Genesee counties. Affected were homes on Allen, Argentine, Beard and Gannon roads, along with connecting roads. Consumers Energy spokesman Bryan Wheeler says the cause of the outage was a flock of birds that came into contact with equipment at a substation in the Byron area, knocking out the substation. The outage, lasting nine hours, occurred at 3:40 a.m., with power being restored just before 1 p.m. this afternoon. (TT)