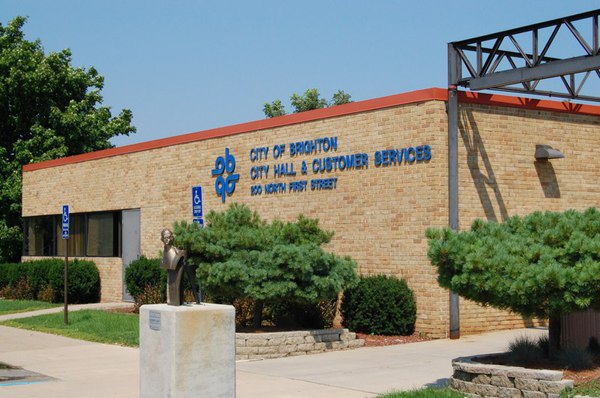 The planned 76-unit assisted living facility at Rickett Road and Oak Ridge Dr. in Brighton elicited a complaint from the audience at last week’s City Council meeting. April Wyncott of Cobblestone Court told council that the facility would result in considerably more traffic in the area and posed environmental concerns. Wyncott said there is a pond on the site, which City Manager Nate Geinzer later identified as a stormwater detention pond. Wyncott said the pond harbors sandhill cranes, snapping turtles and other waterfowl and wildlife. The development – after initially being rejected by the Planning Commission due to several issues – was ultimately approved by the PC, and then council at the July 6th meeting. Geinzer told Wyncott the site is zoned appropriately for such a commercial use, and been vacant for many years with development in mind, and therefore could not be rejected by the city as long as all the conditions had been met by the applicant. Council Member Jim Bohn added that he thinks even though Brighton already has a few such facilities such as nearby Care Tel, the new assisted living facility, to be called Hampton Manor of Brighton, was needed. He also thought that, with just 76 units, the traffic impact would be less than would be expected for such a facility. Lapham Associates planner Scott Bell told council the facility would generate little additional traffic because of the types of clientele it will draw. Preliminary work at the site has already begun and construction is expected to get into full swing in the near future, with completion sometime next summer. (TT)