Completion Of West Grand River Project In Brighton Moved Back 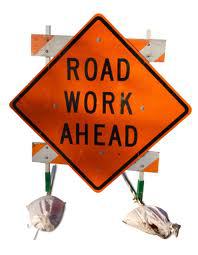 The completion date of the Grand River project in Brighton has been extended until July 28th.

According to Department of Public Works Director Marcel Goch, the project originally was to have been finished by now, but a few glitches in the schedule have pushed the project back. One problem that is yet to be corrected is “synching” all the traffic lights. Goch says his office has received complaints from some motorists that the traffic is backed up too far – particularly at morning and afternoon rush hour times. He says the traffic lights at West Grand River intersections such as Challis Road, Cross Street and Main Street, are normally synchronized with the Michigan Dept. of Transportation-controlled traffic signals at the I-96 Grand River exit ramps and Hilton. However, the electronics – which are embedded in the pavement – had to be removed for the project and now need to be re-installed.

Goch says the project – involving a mill-and-fill along with drainage and other improvements from I-96 to the Mill Pond underpass – is 99%-plus completed. The project was mostly paid for by the federal government and administered through MDOT, with a $300,000 local match from the city of Brighton.
(TT)