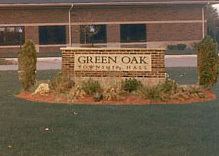 Rules regarding solicitation, canvassing, and peddling in Green Oak Township are being revised to provide clarity.

An ordinance to amend the township’s current ordinance that speaks to the issue was introduced to the board of trustees Wednesday night. The updated ordinance would define what constitutes a peddler, solicitor, or canvasser, and what the exact process is to obtain a permit allowing them to operate in an area.

Supervisor Mark St. Charles says it’s time to revise their current ordinance because it has been around for so long, and things have changed as the issue has made its way to the Supreme Court in litigation over the extent of free speech and rights involved. St. Charles says if someone is legitimate and doesn’t have anything to hide, then they shouldn’t have any problem getting a permit for these activities.

Even with a permit, St. Charles says there are steps a resident can take to ensure they don’t have to deal with solicitation, peddling, or canvassing on their private property. He recommends putting up a sign indicating that those actions are not allowed on their property. St. Charles says a person’s private property should be their sanctuary and anyone who violates the ordinance can be penalized. St. Charles has dealt with this in his own neighborhood and feels it’s become a real problem.

Once the new ordinance’s language is reviewed and edited, it will be brought back to the board of trustees for final adoption. St. Charles says, “This is a good step because ultimately what we’re concerned about is who is in your neighborhood.” (DK)