Lucy Road Construction This Summer Should Alleviate Flooding In Howell 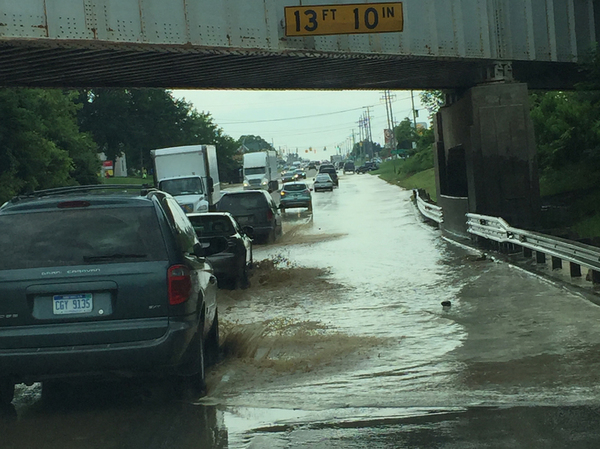 Construction will be starting up on a troubled intersection that causes flooding in the City of Howell.

Council met recently and approved an intergovernmental agreement between the City of Howell and the Livingston County Road Commission for the Lucy Road improvement project as well as the bid award. The area is prone to flooding due to debris runoff and gravel that washes out from Lucy Road into a drainage system owned by the Michigan Department of Transportation. The dead end street also sees truck traffic. The Road Commission and M-DOT are partnering to pave the northern portion of Lucy Road, which runs downhill to Grand River, south for roughly 1,100 feet, near the viaduct.

M-DOT and the county do not have a mechanism to perform the cooperative work, so the City is administering the project under an existing 426 agreement and will be reimbursed for all costs related to it. Howell City Manager Shea Charles tells WHMI large rain events wreak havoc with the MDOT sump pumps underneath the viaduct and the project should mitigate the flooding situation.

It’s anticipated that work will be starting shortly and the City was reaching out to property owners to let them know what’s coming. Charles says the local contractor is geared up and the project must be completed by the end of September so there is a tight timeline. Lucy Road will remain open because it’s a dead end street and there’s no other way to bypass traffic.

City officials have commented on the unique partnership the project presents between all three entities and all are comfortable it will be successful. (JM)