Fowlerville Man Under Investigation After Crashing Into Church 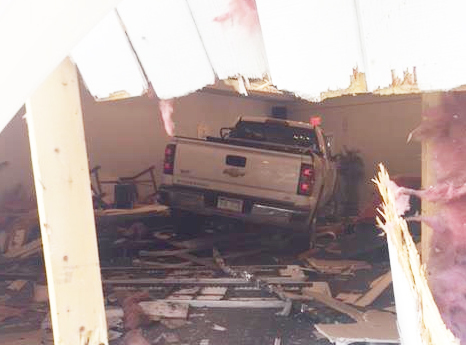 A crash last week that heavily damaged a church has a Livingston County man under investigation.

The Oakland County Sheriff’s Office says a 2015 Chevy Silverado pick-up truck driven by a 46-year-old Fowlerville man crashed into the Christadelphian Church in Lyon Township last Friday morning. Deputies responded to the church near Milford Road and Ten Mile at about 8:45am and found the truck completely inside the church, leaving heavy damage to both the building and the truck. A South Lyon woman told deputies she had just turned north onto Milford Road when the southbound pickup truck crossed the center line and hit her. The truck then reportedly continued on into the church.

When questioned, the Fowlerville man said he was sleep deprived from working too many hours and had fallen asleep while driving. However, deputies found suspected marijuana and paraphernalia in the truck. After being checked by paramedics, he was transported to the hospital for further evaluation and then later released. Lt. Mark Venus from the Sheriff’s Lyon Township substation said the accident remains under investigation. Picture courtesy of Oakland County Sheriff's Office. (JK)