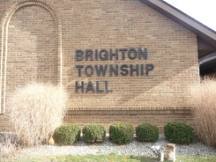 Brighton Township has adopted a plan that focuses on the municipality’s spending prioritization and economic well-being.

The township’s Capital Improvement Plan, or CIP, is used as a planning tool for municipality expenditures and was officially adopted in 2009. Since then, it has been discussed frequently as officials worked to revise it based on economic and development changes.

Manager Brian Vick says one component of the updated plan includes managing the township’s Sanitary Sewer System. The system has been under fire in recent years by residents who claim they’re being overcharged on assessment fees. Vick says there is a light at the end of the tunnel in regards to the financial status of the sewer fund. The CIP includes plans to pay off a bond used to construct the sewer system in October of 2020. It also figures the general fund will be reimbursed from the sewer fund in 2021.

User and longtime critic of the sewer system, Mike Palmer, spoke during the public hearing held prior to the board’s adoption of the CIP. Palmer called the CIP program “illegal” and the township board a “fascist government”. He, among several other residents, also complained about the township’s lack of sidewalks and pathways, and the inability to keep the ones that do exist maintained. Vick did not indicate there are any pending sidewalk projects, but does say the CIP will be updated over time to include any that have been added or completed.

Following the public hearing, a majority vote from the board resulted in the adoption of the CIP. Trustees Mike Slaton and Steve Combs voted against its adoption. (DK)