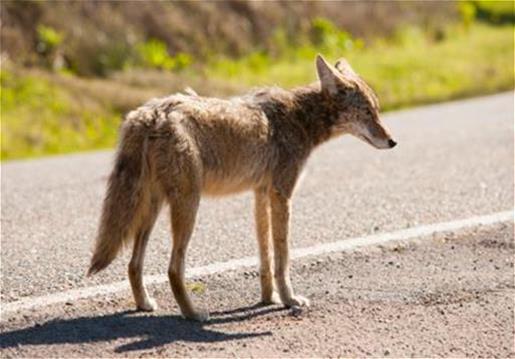 There’s been a possible coyote sighting in Hamburg Township.

The Hamburg Township Police Department put out an informational Facebook post after receiving a report Tuesday afternoon from a resident about a coyote. The resident reported seeing a coyote in the area of McGregor Road and Melvin Road between Shehan and M-36 carrying a small animal in its mouth. The resident stated they were positive that the animal in the coyote’s mouth was a cat.

Coyotes are found in every county in Michigan but are becoming more common in suburban and urban areas. Coyotes are said to rarely attack humans. Public health authorities maintain bites from snakes, rodents, and domestic dogs are a far greater possibility than coyote bites. However that being said, coyotes that are fed become accustomed to people and do present a human safety risk. Pet owners should not allow animals to roam free when coyotes are present and instead consider keeping pets indoors or accompany them outside, especially at night.

Detailed information about coyote-human interaction and other safety measures are available on the Michigan Department of Natural Resources website. A link is provided. (JM)