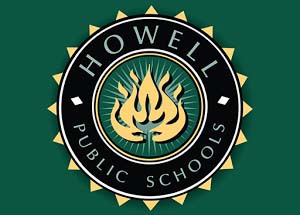 Howell Public Schools approved the restructuring of two positions within the district.

Monday’s Board of Education meeting saw the approval of two restructured positions; an Elementary Administrative Support Coordinator and a Student Services Advisor. The Elementary Administrative Support Coordinator position was granted to former Latson Elementary and Three Fires Elementary Principal, Kari Naghtin after a unanimous vote. Her role will consist of assisting elementary school principals with student services. With two Assistant Principal positions open, those positions were awarded to the current Deans of Students, leaving those positions vacant.

Superintendent Erin MacGregor says the Student Services Advisor role will be very similar to the role of Dean of Students. The Student Services Advisor will assist students with behavior and emotional issues. The restructuring was done so that the positions can be in compliance with the 31-A Fund, which ensures students are proficient in reading by the end of grade three and that high school graduates are career and college ready. Previously, the positions were paid through the general fund. The two vacancies will be posted for the next few weeks before the hiring process begins.

MacGregor thanked the board for approving the restructurings as he feels it is a great way to help save the general fund money. (DF)