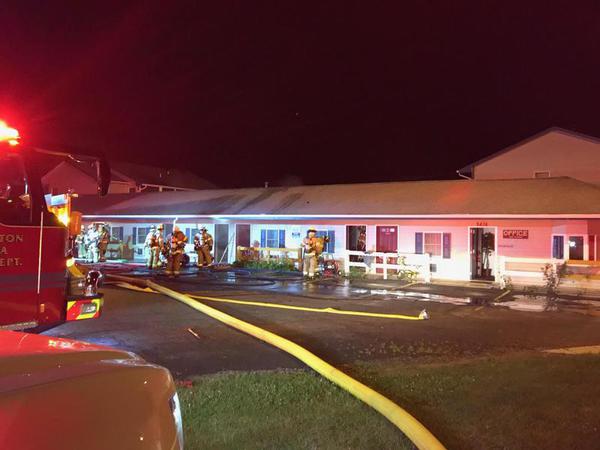 Brighton Fire Chief Mike O’Brian tells WHMI crews arrived to find smoke coming from units four and five. 16 units in all were impacted and have been vacated. Six had significant damage, while nine sustained damage from fire, smoke and water. O’Brian says no injuries resulted but nine residents were displaced and assisted with lodging by the American Red Cross.

The main building is closed and the fire appears to have started from a malfunctioning bathroom fan. Photo: Brighton Area Fire Department. (JM)