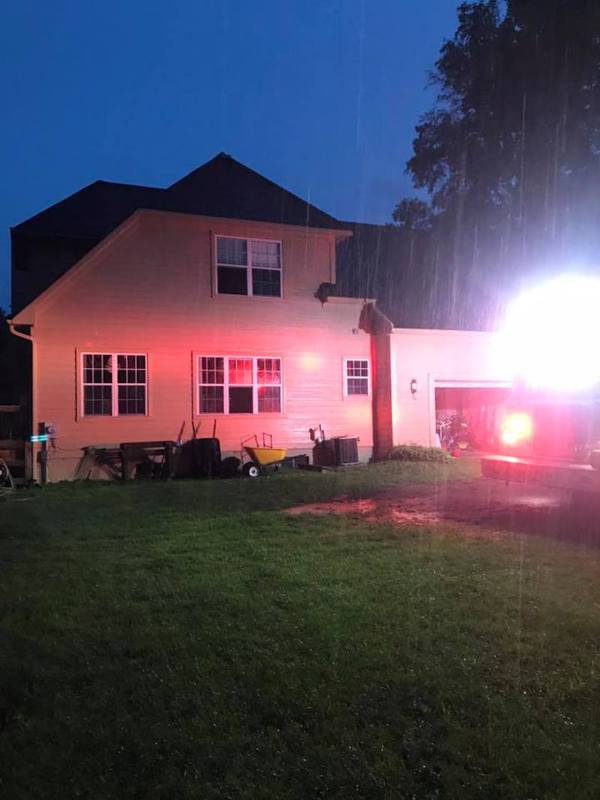 A lightning strike caused a house fire this morning in Lyon Township.

The Lyon Township Fire Department responded to the call and while enroute, central dispatch advised it was possible people were still inside. Upon arrival, a resident told crews everyone made it out of the home but the closet on the second floor was on fire. Crews made entry and found a fire smoldering in the wall. Officials say a water can was used to extinguish the fire, noting the department uses a mixture of foam and water in their water extinguishers to allow for better penetration and fire extinguishment. The house and attic were checked for fire extension.