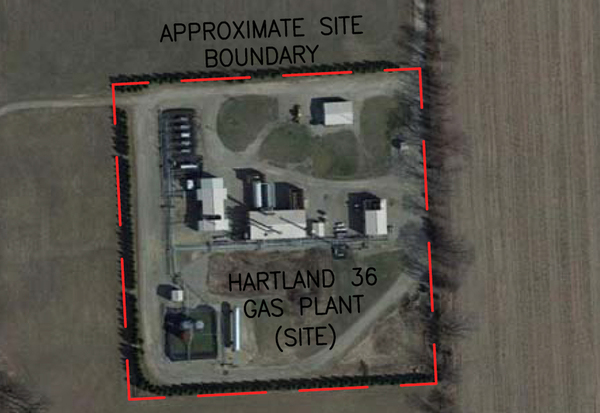 Hartland Township officials report that the contamination of soil and groundwater at the former site of a gas processing plant has remained localized to the parcel.

The plant, owned by Merit Energy and located at Pleasant Valley and Lone Tree Road, was disassembled two years ago. At that time it was discovered that a potentially deadly chemical called sulfolane had seeped into the soil and groundwater. The company set about installing monitoring wells to find out how far the contamination reached, though the extent of it was still unknown as of this past January.

About four to five months ago, the company completed the majority of an investigation required by the Michigan Department of Environmental Quality. Within the last week they presented a 400-page report detailing their activities to the MDEQ, according to Hartland Township Trustee Matt Germane. Germane says the report indicates that the groundwater contamination has remained confined to the five acre parcel where the chemical was discovered. As a result, Germane says there is no concern that the community's groundwater has been affected.

Germane says Merit conducted a “very successful” pilot study of the site this summer, which ran for almost five weeks. Germane expects the next step is for the company to present a report of that study to the township body and MDEQ. The report is also supposed to contain a schedule of when Merit plans to begin remediation work to clean up the site. (DK)