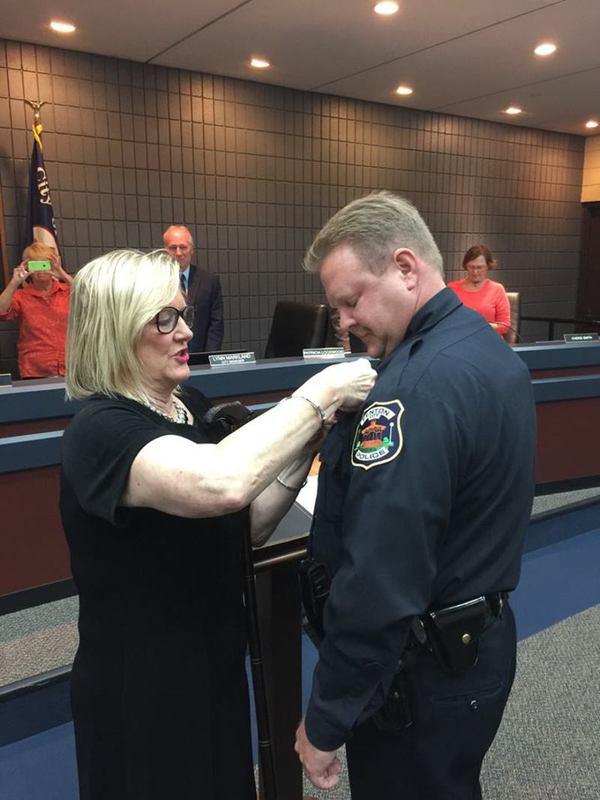 The City of Fenton has named a new police chief and officials say they’re confident he’ll continue to provide leadership, professionalism and integrity for the department.

Jason Slater was named the new police chief during Monday night’s Fenton City Council meeting and officially sworn in.
Slater has been with the department since July of 1995. Since then, he’s moved up the ranks serving as an officer, detective, sergeant and lieutenant.

City Manager Lynn Markland made the appointment based on Slater’s dedication, training and experience, which was supported by Council. Markland commended Slater in a memo, saying he’s confident Slater will do an outstanding job and continue proud traditions.

Slater has been serving as interim chief since February, following the retirement of longtime Chief Rick Aro who was with the Fenton Police Department for more than 13 years. He previously moved out of the community with his wife to be closer to family and accepted a position as chief of police for the Gerald R. Ford International Airport. Photo: Fenton City Facebook. (JM)