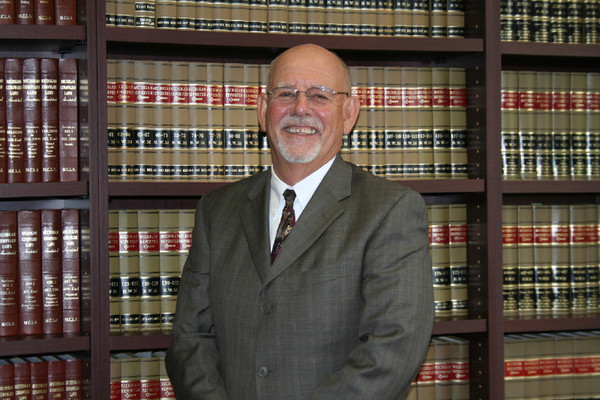 A local attorney is calling on Livingston County’s prosecutor to speak publicly about what, if any, actions are being taken against an embattled judge.

Howell attorney Tom Kizer sent a letter July 5th to Livingston County Prosecutor Bill Vailliencourt challenging him to either announce publicly if he is either actively investigating 53rd District Court Judge Theresa Brennan for alleged illegal actions or if he is “relying upon an investigation by the attorney general’s office.” Kizer, who has long been an outspoken critic of Judge Brennan, referenced recent comments by Livingston County Chief Judge David Reader regarding Brennan’s recent conduct in a paternity case in which he spoke of her constantly interjecting herself into proceedings as well as making “erroneous rulings on the law or ignores the law completely.” While Judge Reader declined to grant a motion removing Brennan from the paternity case, Kizer says Vailliencourt has information of a far more troubling nature that he needs to act on.

In the July 5th letter, which is posted below, Kizer points to what he called “criminal behavior and ethical breaches” by Brennan during her divorce proceedings in February. Kizer represented Brennan’s ex-husband in the divorce. During testimony in that case, Brennan was questioned about her relationship to Michigan State Police Detective Sean Furlong, who served as the chief witness in the 2013 double-murder trial of Jerome Kowalski. Both Brennan and Furlong admitted to having an affair, but maintain it began after the trial, which ended in Kowalski’s conviction and life prison sentence. However, testimony in the divorce case alleged it began years before and continued through the trial itself. Kizer maintains that Vailliencourt has been in receipt of sworn testimony since March about what he insists are Brennan’s “criminal acts” and insinuates that the prosecutor’s silence has caused “many to suspect” his motives, especially considering the fact that Vailliencourt supported Brennan’s re-election to the bench in 2014. He also insists Vailliencourt “dropped the ball” just before the start of the Kowalski trial after Kizer had sent him a letter asking him to investigate the relationship between Brennan and Furlong.

The letter, which came just two days before the scheduled start of the trial precipitated a hearing in front of Chief Judge Reader, who ruled that no bias could be demonstrated based on Brennan’s assertion that she only had a social friendship with Detective Furlong and nothing more. When Jerome Kowalski’s son Jared also raised the issue of that letter this past March, Vailliencourt told WHMI that his office, “did everything at the time that could have been done” including immediately notifying defense counsel and that the matter was promptly addressed in court.” Vailliencourt said that it was only after specific evidence was received earlier this year that he “immediately requested investigations by the appropriate authorities to determine what the facts are.” But Kizer believes more should have been done, saying that Vailliencourt “just took the word of the Judge and never even apparently inquired of the detective or his Prosecutor staff if any of the questions raised in my letters had substance.”

While search warrants carried out at Judge Brennan’s office and home by State Police were authorized by the Michigan AG’s office, they have declined to confirm their office is investigating Judge Brennan. Kizer, who has also sent several letters to the Michigan Judicial Tenure Commission concerning Brennan’s alleged improprieties, closes his July 5th letter to Vailliencourt by saying that, “Every day that passes in silence from our chief law enforcement official is an indication of special favors and special consideration to the powerful.”

When asked to comment about Kizer’s comments, Vailliencourt told WHMI, “As has been my consistent practice, I do not comment on investigations, whether they involve my office, the Attorney General’s office, or any other agency. It would be highly inappropriate for me to do so.” (JK)