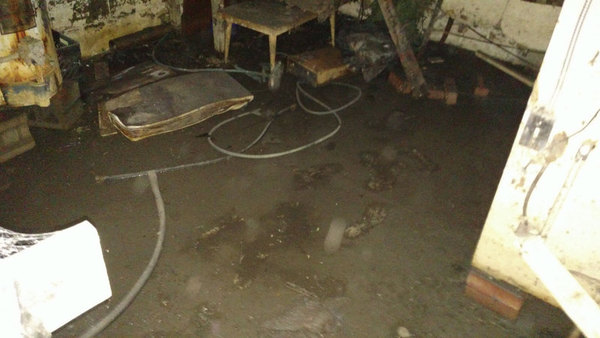 An appeal hearing in regard to an unsafe structure took up the bulk of Monday’s Howell City Council meeting.

City officials, staff and the homeowner Michiel Drown were all sworn in by the city clerk prior to giving testimony about the home and garage structure at 816 McPherson. Both have been deemed unsanitary and uninhabitable, and council ultimately voted to proceed with demolition through the local court system.

Drown was given an opportunity to address council about his situation and said he’s had a difficult few years with health problems but has recovered and is recently back to work. Two dogs on the property were removed from the home and are now in the care of Livingston County Animal Control.

Drown’s friend Troy Hughes-Morris asked for the opportunity to help get it cleaned up and Drown back in his home. He acknowledged the condition of the home, saying they didn’t realize it was in that bad of shape but that Drown should be given some time to get his family home cleaned up or at least be allowed back on the premises to get his valuables. He said Drown did take care of his dogs that were seized but they keep getting the runaround from Animal Control trying to get them back.

Staff indicated Drown has been living in the home and making due without water and sanitation for an estimated four years. Drown apparently had a deal with a neighbor to draw electricity which a friend said wasn’t right but the neighbor allowed it. Mayor Nick Proctor said it was difficult for him to ask but he had to question why Drown should be given some leeway in getting the home repaired.

In voting to proceed with obtaining an order for demolition through the court system, members stated it was a difficult decision but staff and officials acted appropriately and followed ordinances. Councilwoman Jan Lobur was also sympathetic to the situation and was hopeful that Drown might be able to get some kind of assistance through local agencies and the courts. (JM)