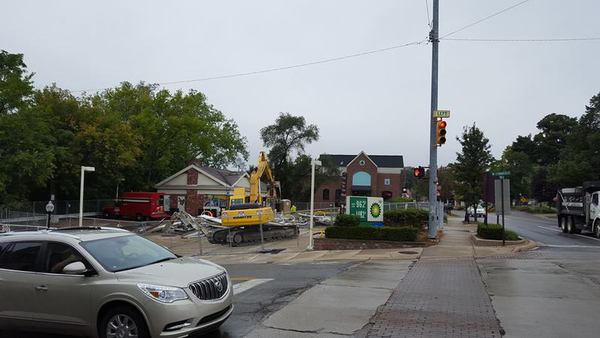 A public hearing Wednesday will be centered on the rezoning of a parcel to make way for a new development project and parking deck in downtown Milford.

The Milford Planning Commission will consider a rezoning and site plan for a project consisting of condos, retail space and a parking deck on the corner of Main Street and Commerce Road. It’s proposed on the site of a former gas station and the property is owned by the Milford Downtown Development Authority.

Developers are seeking a rezoning from B-2 to a planned unit development or PUD due to height restrictions under the current zoning. The four-story building would be 56-feet tall and feature retail space on the main floor, with condo units on the other three floors. The fourth floor would be recessed and contain four condo units, which officials say would help the project not look so big from the street.

An attached, platform style parking deck is also being proposed with roughly 116 spaces. It’s proposed to be a public-private partnership with terms would be worked out in the PUD agreement. The concept is the building would be owned by a private entity and the DDA would own the parking.

The project would still need to go before the Milford Village Council for possible approval. Wednesday’s public hearing on the rezoning starts at7:30pm at the Village offices on Atlantic Street. (JM)