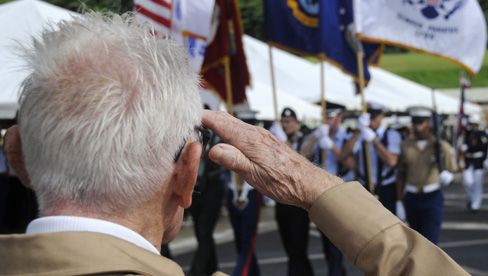 A patriotic organization is honoring Livingston County soldiers who gave their lives during World War I.

2017 marks the 100th anniversary of the United States’ entry into the Great War. The Philip Livingston Chapter of the Daughters of the American Revolution, or DAR, is commemorating this and the sacrifice that local servicemen made with a ceremony next Friday, July 14th. DAR aims to honor the legacy of its member’s patriotic ancestors through various programs and events geared towards historic preservation, education, and patriotism. The event will take place at the northwest corner of the county courthouse in Howell, at the World War I Honor Roll Plaque. There the Daughters will say a prayer, read the names of the 26 Livingston County soldiers who perished, and lay a wreath in their memory. The Sons of the Revolution Color Guard will also make a special appearance to present the flags.

Commemorative Events Chairman for DAR, Sue Ellen Andrews, said they have more plans to honor WWI veterans coming up. She told WHMI they are currently working on a book featuring local member’s grandfather who fought in the war. The event begins at 10am, is expected to last around 1 hour, and is open and free to the public. More information can be gained by emailing the local chapter of DAR at plc.dar@gmail.com.