New Tornado Sirens To Be Installed In City Of Howell 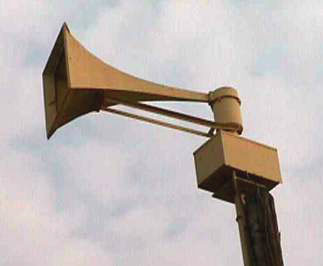 Two tornado sirens in the City of Howell have reached the end of their useful life and are being replaced.

The Howell City Council earlier approved the purchase and installation of two sirens at a cost not to exceed $43,465. The units are scheduled to be installed Monday. The City has three tornado sirens; one at the City Park, another at the Waste Water Treatment Plant and a third at the Main Fire Station on Grand River.

Livingston County 911 Central Dispatch conducts monthly tests of all sirens to make sure they’re functioning properly. During routine testing, it was discovered that two had failed and given the age of the units, replacement parts are no longer available.

City Manager Shea Charles says the City has three tornado warning sirens but two have failed and are older models installed about thirty years ago from what they can tell. He says they decided to proceed with the purchase of two new ones and will wait and see what happens with the third one, which is at City Park.

The City was one of the first local communities to install tornado warning sirens, hence the age. Officials say the new sirens will match those that are being installed throughout the county and will make future maintenance much easier. They also feature remote activation capability. (JM)