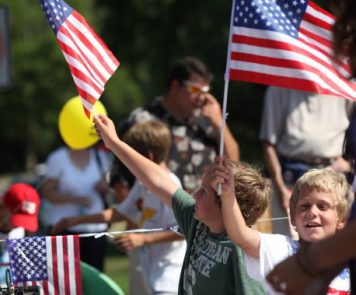 The Bishop Airport police officer who was wounded by a suspected terrorist was honored today as part of the parade held during the Freedom Festival in Fenton.

Lt. Jim Neville was stabbed in the neck by a Canadian man originally from Tunisia last month, five days after he entered the US at the US-Quebec border in Champlain, New York. Neville managed to subdue the man with the help of a maintenance man. At the Fenton parade, Lt. Neville thanked the public for all the support he has received and said he plans to return to work in the near future.

The FBI is investigating the stabbing case as a possible act of terrorism. 49-year-old Amor Ftouhi is being held without bond and the case will go to a federal grand jury before he is formally charged. (TT)