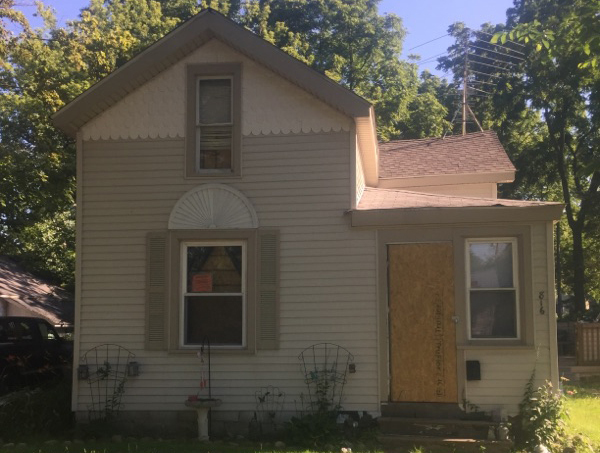 Litigation is being pursued against a property owner to condemn and demolish an unsafe and unsanitary structure in the City of Howell.

While it might not look too bad on the outside from a passing glance, officials say the inside is a different story. The Howell City Council met recently and gave the city attorney the go ahead to begin legal proceedings on two fronts in regard to the property at 816 McPherson Street. City Manager Shea Charles says the first is requesting a restraining order to prevent the property owner, Michial Drown, from accessing and entering the entire property without the presence of staff until they make it safe. There is a 20 day appeal process and once the owner’s appeal time has expired, then Charles says the City attorney was authorized to begin work on litigation to proceed toward demolition of the structure.

Charles says the City building official and staff have deemed the property unsafe due to a number of structural and sanitary issues. In early June, staff executed an administrative search warrant to find that sewage was being dumped into the resident’s sump pump and discharged onto the driveway. A memo states power to the home was coming from an extension cord wired into the neighbor’s fuse panel in their garage. Staff noted it appeared Drown had done this on his own and ran numerous power cords and strips throughout his home.

Water service was disconnected in 2014 and staff described the conditions as uninhabitable with debris scattered throughout the home, piles of fecal matter in the kitchen and a strong smell of urine throughout all rooms.

Two dogs in the home were removed by Livingston County Animal Control. Staff said the dogs were not aggressive but seemed timid as though they had not had much human interaction, other than with the occupants. (JM)