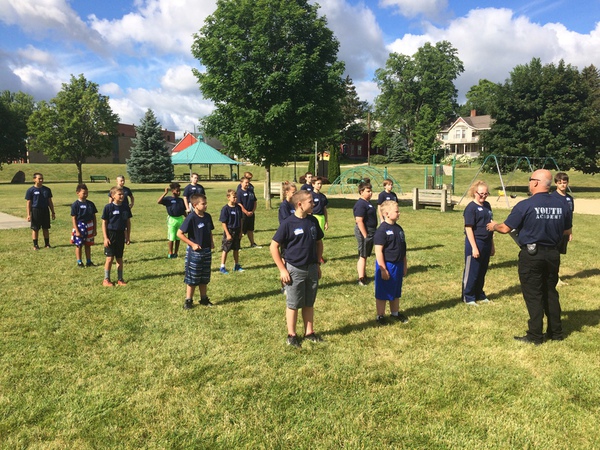 The four day program started Monday. There were 22 cadets in the Academy, which ran from 9am to 2pm every day. The cadets were between the ages of 10 and 14 and learned a variety of things, starting out every morning with physical fitness training at Centennial Park before heading back to the police department for a power point presentation on the topic of the day. After lunch, the cadets were given demonstrations and participated in the topic of the day scenarios.

The first day involved an introduction to police work and a tour of the department. The second day involved patrol operations, with a patrol car tutorial and traffic stop scenarios. Day three dealt with building and vehicle searches both with and without a K9. The final day focused on gun safety and a range exercise with a BB gun, followed by the graduation and award presentation.

Fowlerville Police Chief John Tyler tells WHMI the academy has been a huge success and both the children and community have really enjoyed being a part of the youth building event. (JM)