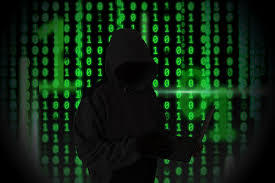 Livingston County has made moves to protect important data from a dangerous type of malware.

Ransomware is a type of malicious software that can lock down a computer and its contents until a sum of money is paid, often through hard-to-track gift cards or Bitcoins. Important files can become encrypted and the owners can lose access to them, with threats from the attacker that if the ransom isn’t paid, they will be deleted or published. Livingston County Chief Information Officer Rich Malewicz was recently featured in an article on the website CIO Insight in which he said that he has noticed the common denominator for organizations that are crippled by ransomware is that they do not have necessary backup systems in place.

Malewicz said in 2015 he recognized Livingston County’s existing backup system was woefully inadequate and began to look at ways to update it. Earlier this year, after completing a security assessment and surveying vendors, Malewicz chose a backup and recovery system from Unitrends. He said the system has the ability to identify ransomware as changes in the file structures occur. It also creates two backups a day, so that any loss of data would be limited to the time in-between backup points. The system, which has been in place since January, is already paying dividends and has alerted staff to several attempted ransomware attacks. Malewicz said that they have reached a point where the odds of an attack succeeding are slim, but if it did happen, they have all key files backed up and would have no need to pay the money. (MK/JK)