"People's Filibuster" Plays Out At County Board Meeting 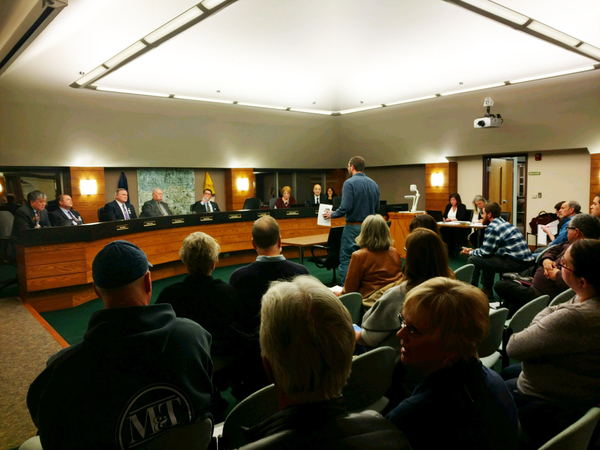 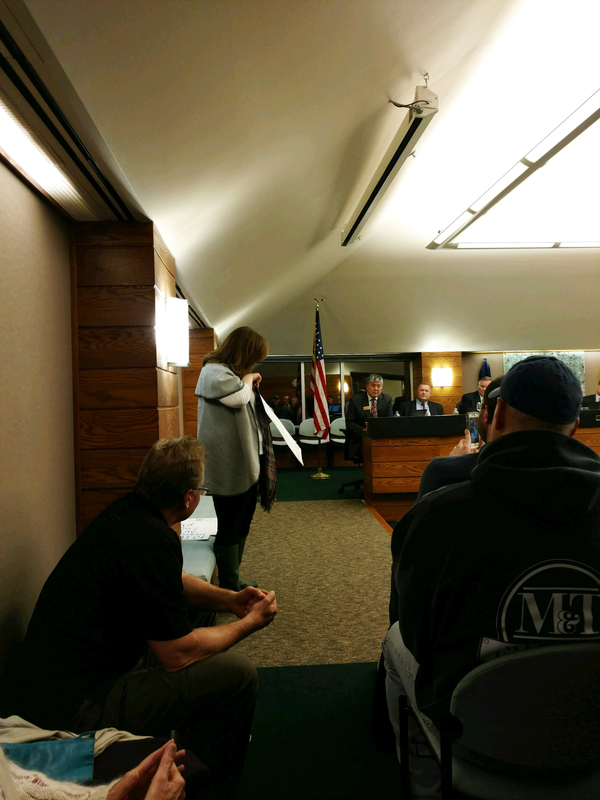 A “People’s Filibuster” effort played out during Monday night’s meeting of the Livingston County Board of Commissioner, urging them to resume video-recording of meetings.

Only the bi-monthly meetings of the full board on Monday night were broadcast but that ended in 2019 with a simple 2-1 vote of a subcommittee. Committee Chairman Childs was the opposing vote and favored continuing the recordings and web postings. As a means to oppose the change, various residents spoke during call to the public for their individual three minutes in an effort to extend the length of the meeting, as long as possible. The meeting was just shy of two hours, with actual agenda items taking up around 15 minutes. Those who spoke said efforts were not necessarily to annoy, irritate or even entertain but rather reinforce that the county should be a model for transparency and avoid giving the impression the board has something to hide. Limited seating capacity and poor audio quality in the boardroom was also brought up by a number of residents, as many couldn’t hear what commissioners or others were saying. Some residents commented it doesn’t have to be a very expensive endeavor, just some simple means of recording along with microphones as the audio quality was very poor on past recordings. An overview power point presentation of county communication efforts was provided after the first call to the public about the various ways the county embodies transparency. Sources cited included the county mission statement, website, various departmental social media pages, presentations and the Annual State of the County address.

Green Oak Township resident Bridget McDowell (pictured bottom) echoed calls for transparency but choose to mainly inject humor into her three minutes by using it to talk about different drawing techniques and calligraphy on handmade signs she brought to show the board, with the final reading “women are not hags”. During the final call to the public, she used her three minutes to read Comedian Patton Oswalt’s 2013 Star Wars filibuster from the NBC television show “Parks and Recreation”. Brighton Township resident Mike Palmer called the situation B-S and referred to the committee as puppets to do the board’s dirty work. Ben Marhofer of Genoa Township was among the more serious who spoke in support of cameras and microphones, noting the old broadcasts of meetings were basically useless because of the bad sound quality. Marhofer said it’s hard for him to attend meetings due to a very busy lifestyle and a lot going on between his wife, kids, work and other obligations. He said its 2019 and it should not be difficult to get online and look at all county commission board meetings, as well as all other public meetings such as administrative committees. He further commented that the thousands of dollars quoted to broadcast meetings was a ridiculous number, telling the board there are dozens of reasons why it makes sense to keep recording and is a good idea.

Jordan Genso is a Brighton resident who helped organize the protest, which was referred to as a “People’s Filibuster” to help express opposition to the board for electing to become less transparent to the people. Genso thanked everyone who showed up to convey all of the numerous reasons why transparency is so important because it’s not a partisan issue. He says there should not be any division at all and it’s something that should unite everyone - as government transparency is a foundation of good government in total. Genso thought they had very good turnout although not everyone was comfortable speaking in trying to participate in the filibuster but they were there to show support for it, which was also very important. Genso said he’s also aware of many others who wanted to support and participate but couldn’t make it – which is the main point – attending meetings is very difficult for regular people with regular lives. He does think they were effective in getting their message across to the county commission. Genso noted it’s really not even an argument because there is no counter argument – it’s just putting pressure on the commission to do the right thing and a filibuster was one of the only avenues they had to utilize so they did it. Genso does believe they will see it on an upcoming agenda and hopes when that occurs there will be majority support for bringing back broadcasting. He thought it was very nice to see the presentation and the ways in which they are communicating to the public. He also thought it was very ironic in that he learned something from the presentation but if he hadn’t been in attendance, it would have been impossible for him to have observed it and gained that knowledge. Genso says that’s the whole point – they have these presentations made to them as commissioners to provide them with important information. He says the public should be able to see those presentations and also get the information without the requirement of being there in person at meetings – adding the public should be able to get it at their own convenience because they are not being paid to be there like commissioners are.

There is a call to the public at the beginning and end of each meeting. Last night, 20 people spoke at the start and 16 at the end, with some speaking twice and the majority utilizing their allotted three minute limit. The only person who spoke in direct opposition was former Livingston County Republican Party Chairman Dan Wholihan, who said recording meetings disrupts county business and leads to public grandstanding. Howell Attorney Jay Drick commented the county should stay within its values and find a solution but eluded that recordings might not be it.

Per practice, commissioners do not typically comment or engage in exchanges during call to the public and that was the case last night. However during reports, Commissioner Bill Green requested the board put the item on a future meeting agenda. He has since told WHMI that Commissioner Bezotte, who chairs the General Government Committee, has agreed to add the issue to the agenda for their meeting this coming Monday, March 4th at 7:30pm. (JM/JK)