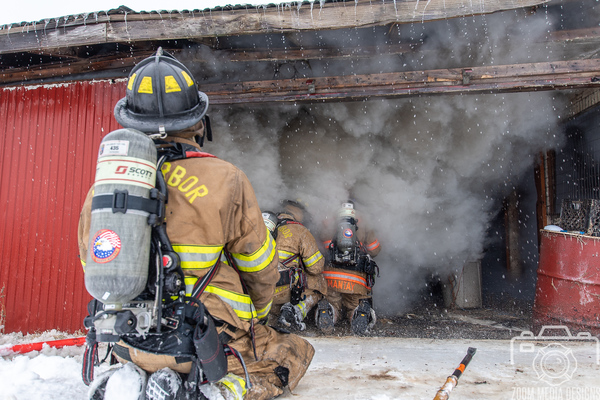 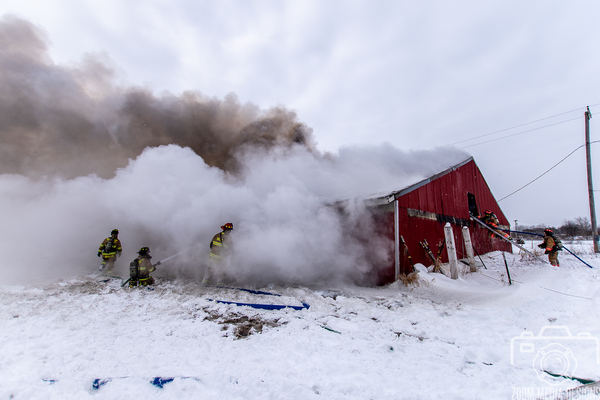 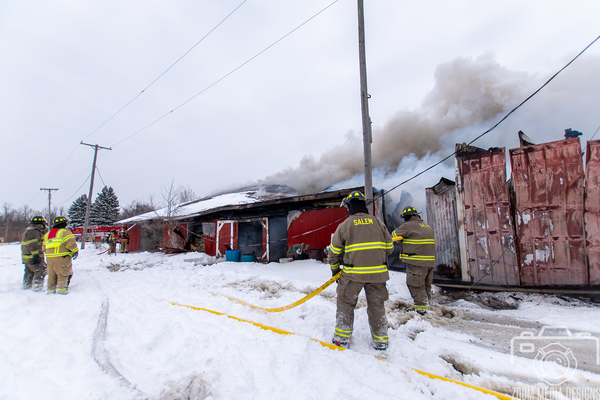 The fire was in a barn on 7 Mile near Currie Road and was said to be stoked by strong winds and hay, as well as the age of the barn. It happened around 8:45am Tuesday morning and crews arrived to find smoke coming through the roof. The weather said to be a big factor, with deep snow and icy conditions on roads and at the scene, which hampered efforts. There were also no fire hydrants in the area so water tankers had to be brought in.

Township Fire Chief Jim Rachwal told Hometownlife.com that firefighters were able to rescue two horses but three animals were trapped and died. The owner was said to be devastated. While crews managed to save a third of the barn it was said to mostly be considered a loss.

Various agencies assisted on scene, including the Lyon Township and South Lyon Fire Departments. More photos can be viewed through the provided web link.