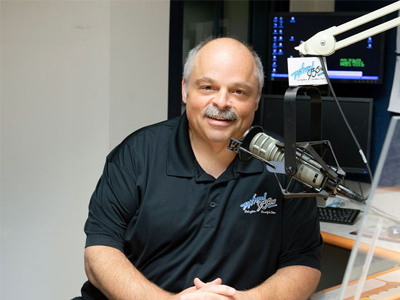 Jon King has been the News Director at WHMI since 2002. He is also the co-host of Mike & Jon in the Morning. He has been a broadcaster for more than 30 years, having previously worked at WWJ & WXYT in Detroit. Jon and his wife Carolyn have three children and reside in Howell. Jon is an adjunct faculty member at Cleary University as well as an author, having written and published the children’s book, “Ishkadoodle: A Boy, His Vacuum & Their Outerspace Adventure.” He also co-wrote "Hot Mess.”