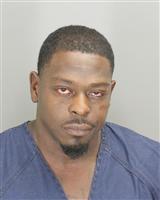 A home invasion in Lyon Township has led to charges against a Washtenaw County man.

Oakland County Sheriff’s deputies responded to a residence on Terrace Drive just after 7:15am on Sunday, June 24th, after the homeowner reported an intoxicated man had broken through her front door and smashed two windows. After yelling at the occupants of the home, the suspect fled on foot.

After calling 9-1-1, the resident kept the suspect in sight until he reached Eight Mile. When deputies arrived, they spotted a man matching the description given by the homeowner who was walking in the road. Despite being highly intoxicated, the man cooperated with deputies and was later positively identified by the homeowners.

31-year-old Antonio Matthew King of Ypsilanti was taken into custody and charged with 3rd degree home invasion, He remains in the Oakland County Jail on a $100,000 cash/surety bond. A probable cause conference is set for July 11th in Novi District Court. (JK)