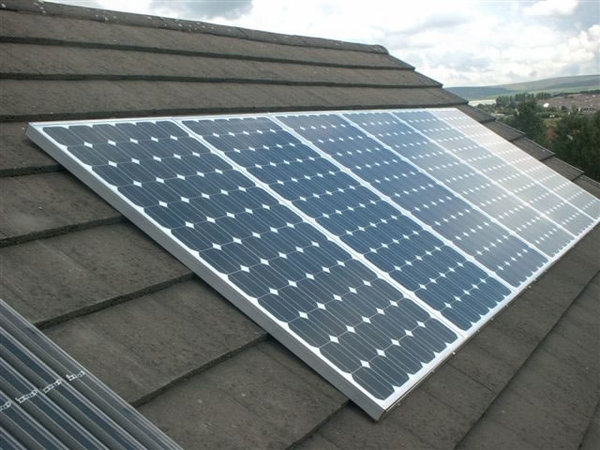 Tyrone Township is developing regulations for solar farms after learning there is an existing interest from individuals looking to establish such facilities in the municipality.

The township’s Planning Commission held a public hearing earlier this week on proposed regulations that would modify commercial solar energy production requirements. The amendments aim to clarify standards regarding special land uses, setbacks, screening, and the abandonment and removal process for solar farms and utility-scale solar energy facilities, among other things. The township currently does not have any standards in place to regulate solar farms or facilities. According to Planning Commission Chairman Mark Meisel, officials have received inquiries about interest in establishing a solar farm in the municipality, but without regulations in place, those interested couldn’t really move forward with their plans even if they'd like to.

Meisel says, "As a result of our lack of regulations right now, there arguably is no ability to secure a permit for a solar farm. So after discussion with the township board, we've agreed that the township is willing to permit solar farms under some conditions and that's what these regulations are trying to set forth."

Meisel says from his point of view, the biggest question local leaders face is how to assess personal property that includes a solar energy facility. He says there have been suggestions at the state level to change the determining formula, which he feels could effectively eliminate officials’ ability to tax solar farms. Meisel hopes the township’s proposed regulations will help keep the scale of the facilities “reasonable” to minimize any loss the township could see on taxable land.

The proposed solar farm regulations will later come before the township’s Board of Trustees to be considered for adoption. (DK)