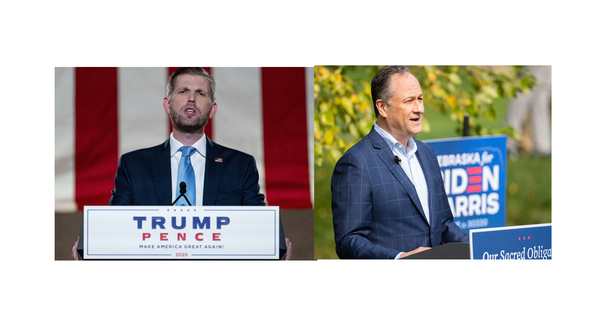 
Family members from both major party presidential tickets will be in the area this week.

Doug Emhoff, the husband of Democratic vice presidential candidate Kamala Harris, is expected to be in Brighton today to help kick off a literature canvas of area neighborhoods.

Meanwhile, President Trump’s son Eric is scheduled to campaign in the area on Tuesday at Huron Valley Guns in Lyon Township. That event will start at noon, with the doors opening to attendees starting at 11am. A statement from the Trump campaign said that, “At these events, Eric Trump will share President Donald J. Trump’s Make America Great Again agenda with the American people.”