Rickett Road in Brighton Will Be Completed This Spring 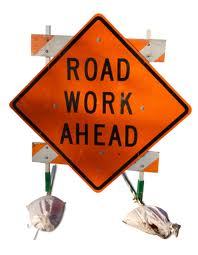 Brighton motorists were relieved last November when Rickett Road was reopened after being closed to through traffic for three months to install a new sanitary sewer line and replace the old pavement. During the detour period, drivers had to take a lengthy alternate route via Lee Road, Old US-23 and Grand River. Although the street was reopened, the top layer of new asphalt could not be installed by the contractor because winter arrived early and asphalt was no longer available. However city officials felt it was important to reopen the road and give drivers access during the winter months, even though the surface was not ideal. City Dept. of Public Services Director Marcel Goch tells WHMI that the remaining work on Rickett, from the railroad tracks to Church St., will be completed this spring.

The general contractor is Dunigan Bros. Inc. of Jackson, which submitted the low bid of $979,000. The city will not be charged extra if the road was damaged in any way during the winter. The Rickett Road project is costing the city $1.1 million. However, city officials have promised that none of the money will be taken from the 2.5-mill Headlee override millage issue that passed last year. The city is paying for the project with $505,000 from the major street fund, $421,000 from its utilities reserve fund and $53,000 from the capital reserve fund. (TT)