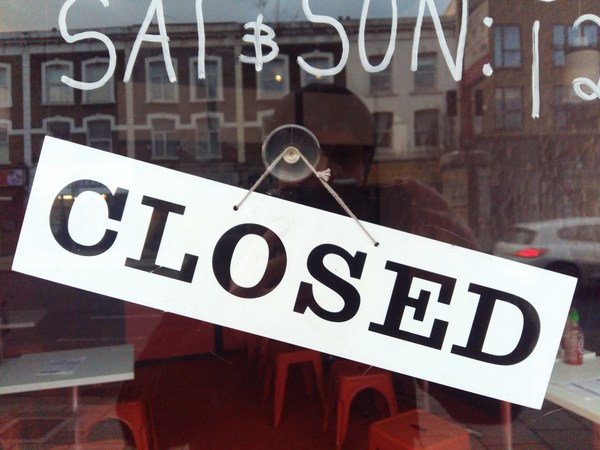 
Retailers have and will continue to feel the economic pinch as the coronavirus emergency continues.

Governor Gretchen Whitmer issued an executive order temporarily closing dine-in options for restaurants, bars, theaters, casinos and fitness centers to reduce the spread of the COVID-19 in the state. Officials say it’s important Michigan take the necessary steps to protect public health, but also realize the importance of supporting local retail, eateries and stores. Thousands of businesses in Michigan are closing or reducing hours to combat the spread of the disease.

Michigan Retailers Association Spokesperson Meegan Holland says they know this will be a horrendously tough time for retailers and are encouraging shoppers to not forget about their local stores. She says people can buy a gift card now and spend it later; shop online if that’s available or even call to see if a retailer delivers products. Holland tells WHMI other ways to support retailers include leaving a positive review online, promote on social media or subscribe to emails to keep up on what they’re doing.

Holland says the executive order issued by Governor Gretchen Whitmer tends to be more entertainment venues, bars and restaurants but there will be some boutiques and art galleries still open. She says they may not be essential items but it’s still an opportunity to show support. As for the retailers they’ve talked to, Holland says their concern is for employees first and foremost. She says the retailers have been really concerned about how their employees will make it through this period. Holland says luckily unemployment pay has been expanded and retailers will have access to small business loans so there are some things being done to help them through this tough period but it will be a rough go. Holland noted they have been talking with the governor’s office quite a bit about different issues and they’ve been responsive. Holland says the state did lift seasonal weight restrictions on trucks hauling essential products to stores and health facilities so that’s getting inventory into stores a lot faster. She noted the Governor’s Office has been issuing executive orders that are helping retailers in a lot of ways, even though some members are closed down. Holland says what they’re seeing and hearing is that businesses have been supportive and want to keep customers and employees safe.

Holland says everyone has seen photos of empty store shelves so they’re encouraging consumers to make reasonable purchasing decisions, which would take a lot of pressure off grocery stores that are madly trying to keep up with demand for essentials like toilet paper and hand sanitizer. She says if everybody just bought what they needed, those products would be constantly available. Holland noted there has not been any break in the supply chain so people don’t need to worry about having access to products. Holland pointed out another issue that grocers are facing – employees concerned about handling bottles and cans. She says grocery clerks are working hard to keep stores sanitary but it’s tough when people are returning really dirty bottles and cans. Holland says she thinks anyone can sympathize with workers having to handle those so they ask that people rinse them out before returning them.