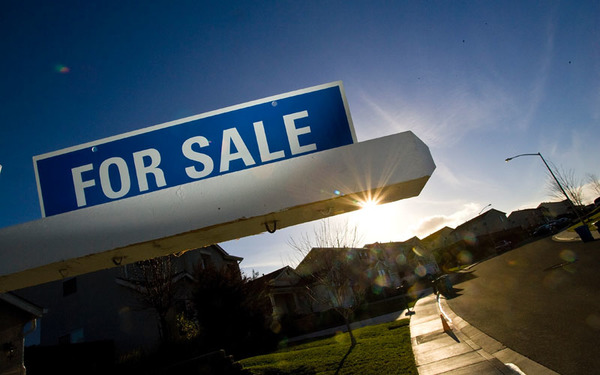 
As the effects of COVID-19 continue to be felt, the real estate industry is working to adapt although Livingston County appears to be ahead in the game.

That’s according to Livingston County Association of Realtors 2020 President Lisa Bohlen, who is also a broker at Preview Properties. Bohlen said the year was moving along and going pretty well up until Governor Whitmer issued an order in March that prevented realtors from showing homes, taking any photos inside of homes or conducting walk-throughs. Bohlen says there are very few buyers who want to purchase a home site unseen but noted since the order was lifted May 7th, there’s more on the market now than at the end of April. She says a lot of homes have come on the market since then, even in just the past week, and are already under contract. Bohlen says they’ve had a flurry of activity since Thursday as a number of homes went on the market and a lot of buyers are out looking at homes. She told WHMI they don’t really see a lot of big changes at this point because local inventory is so low and there are a lot of buyers in the market for a home. She added that interest rates are also very low so buyers can buy more than they could a year ago and probably more than they’ll be able to at the end of this year. Interest rates have been below 3.5% percent. Bohlen says they don’t see any big change in sales prices at this point but into the future, she also doesn’t see much change, if any, because of COVID-19 until maybe the end of this year into next year.

Bohlen noted at the end of April, there were 489 homes on the market and 104 condos for sale. That home inventory includes new construction, which Bohlen said accounts for around 26%. She says the local listing inventory was already low, and lower than this time last year through March. Bohlen said the average sale price in April was around $330,000 and inventory is moving. She said even homes in the higher bracket of over $400,000 are on the market for a matter of weeks on average. Bohlen said the county also hasn’t had a lot of foreclosures. She says less than 2% of homes on the market currently are foreclosures – which is very similar to this same time last year. Bohlen says April statistics show that closings dropped off along with pending sales, but that’s because very few people want to buy a home without actually seeing the inside. For the most part, she says closings that were in place in March did happen. Bohlen noted that there were some properties under contract that did fall due to people being furloughed or laid off who couldn’t complete their loan process while some others might have backed out if their business changed dramatically in March. She noted there were also some people buying second homes or higher end homes whose stock portfolio might have dropped enough that they decided to hold off.

The industry has had to adapt to a different way of doing business though amid the pandemic. Bohlen tells WHMI when showing homes, they determine if a seller wants people in their homes or not and if so, under what circumstances. During showings, she says no more than four people are in any home at one time and social distancing measures are implemented. Bohlen says realtors are asking sellers to leave drapes, blinds and doors open so they don’t have to touch things. She says they also ask that buyers not touch anything and now require pre-approval letters from buyers before any showing. Bohlen says they’re also using all PPE and are not lingering in homes. She says realtors are now utilizing video tours and walk-throughs, 3-D floor plans and video conferencing to conduct business.